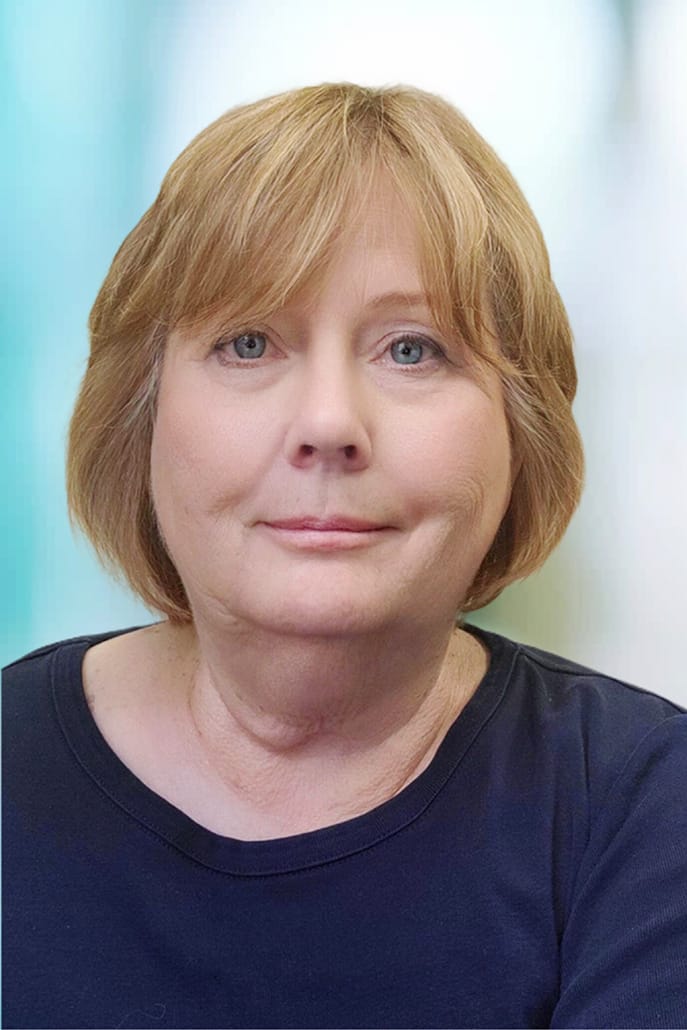 Ursula always wanted to become a nurse. At age 15, she worked as a nurse’s aide at a small town hospital. Her desire to become a nurse didn’t abate even as she traveled the world with her husband and daughter as a military spouse. All the travel made getting an education more challenging. As a result, she attended thirteen different universities.

In 1989, Ursula earned an Associate of Science (AS) degree from the State University of New York (SUNY). She continued at SUNY, graduating in 1991 with a Bachelor of Science degree in Nursing.

Her interest in mental health grew when she worked in a Virginia inpatient child and adolescent psychiatric unit. After another move, Ursula earned a Master of Science in Nursing degree from the University of Oklahoma in 1991.

Ursula came to work for Centerstone in January 1996. Working with a diverse and often disenfranchised population has been a rewarding and often humbling honor for her. Ursula is grateful to the many clients who have trusted her to work with and serve them.

Ursula lives on a farm that her husband developed into a wildlife refuge. She is passionate about playing bridge and enjoys spending time with her husband, daughter, and three grandchildren.