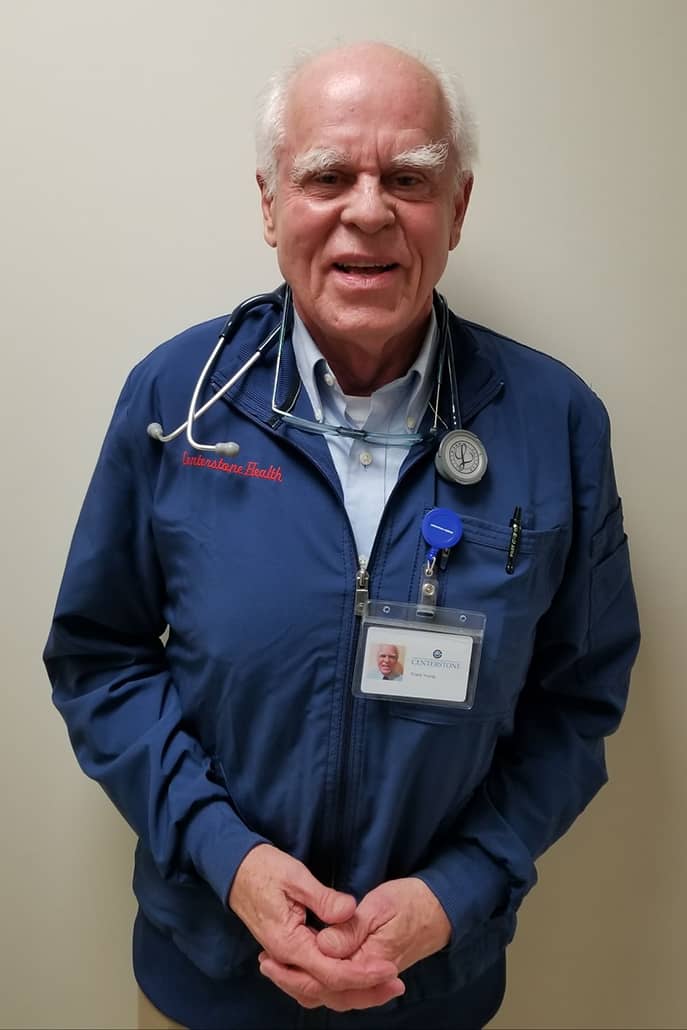 Frank works to empower patients to become active participants in their healthcare by providing patient-centered care. He provides primary care to adults and teens, treating those with acute conditions and helping those with chronic conditions manage them well to achieve optimal wellness.

Having lost a family member to addiction, Frank is also passionate about providing non-judgmental, compassionate medical care to patients struggling with addiction. He is a member of the American Society of Addiction Nursing.

Frank is a native Hoosier who grew up in Bloomington. After high school, Frank attended Indiana University (IU), where he studied sculpture. He graduated in 1974 with a Bachelor of Fine Arts (BFA) in Sculpture. Frank worked as a sculptor and eventually led the Bloomington Arts council.

In his free time, Frank enjoys sculpting and painting. In memory of their granddaughter, Frank and his wife also spend time rehabilitating a plot of land in Brown County as a green space they call Carina’s Glen.