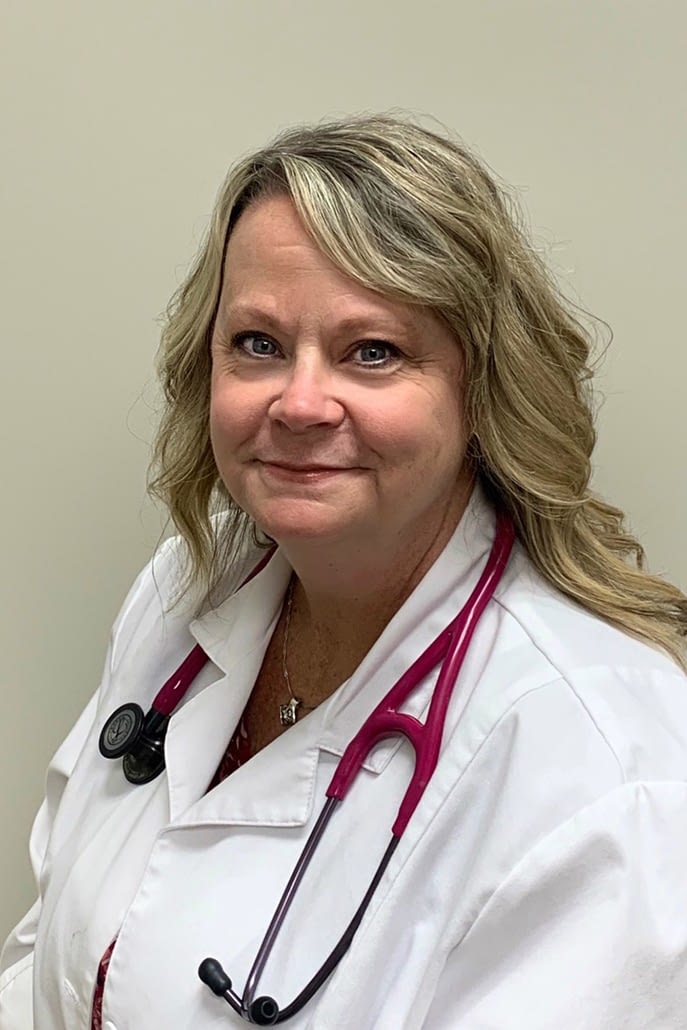 Fern McHenry is a nurse practitioner who provides patient-centered care for chronic and acute illnesses to patients of all ages. She is a native of Connersville, where she’s lived and worked as a nurse for most of her life.

For the last 20 years, Fern has worked as a Nurse Practitioner in internal medicine and family practice settings. She has also worked as an ICU and ER nurse, on a Med/Surg unit, and as a hospital nurse supervisor.

Fern always wanted to be a  nurse. When she was three years old, she told her mom she was going to be a nurse someday. Following that path, she graduated from Ball State University with a Bachelor of Science in Nursing (BSN) in 1993. She earned her Master of Science of Nursing (MSN) from IUPUI in 2000, becoming an Adult Nurse Practitioner. In 2006, Fern completed the requirements to become a licensed Family Nurse Practitioner (FNP) at Ball State University.

In her spare time, Fern likes to bicycle and read. She is also an avid traveler who loves to explore intriguing places here and abroad.